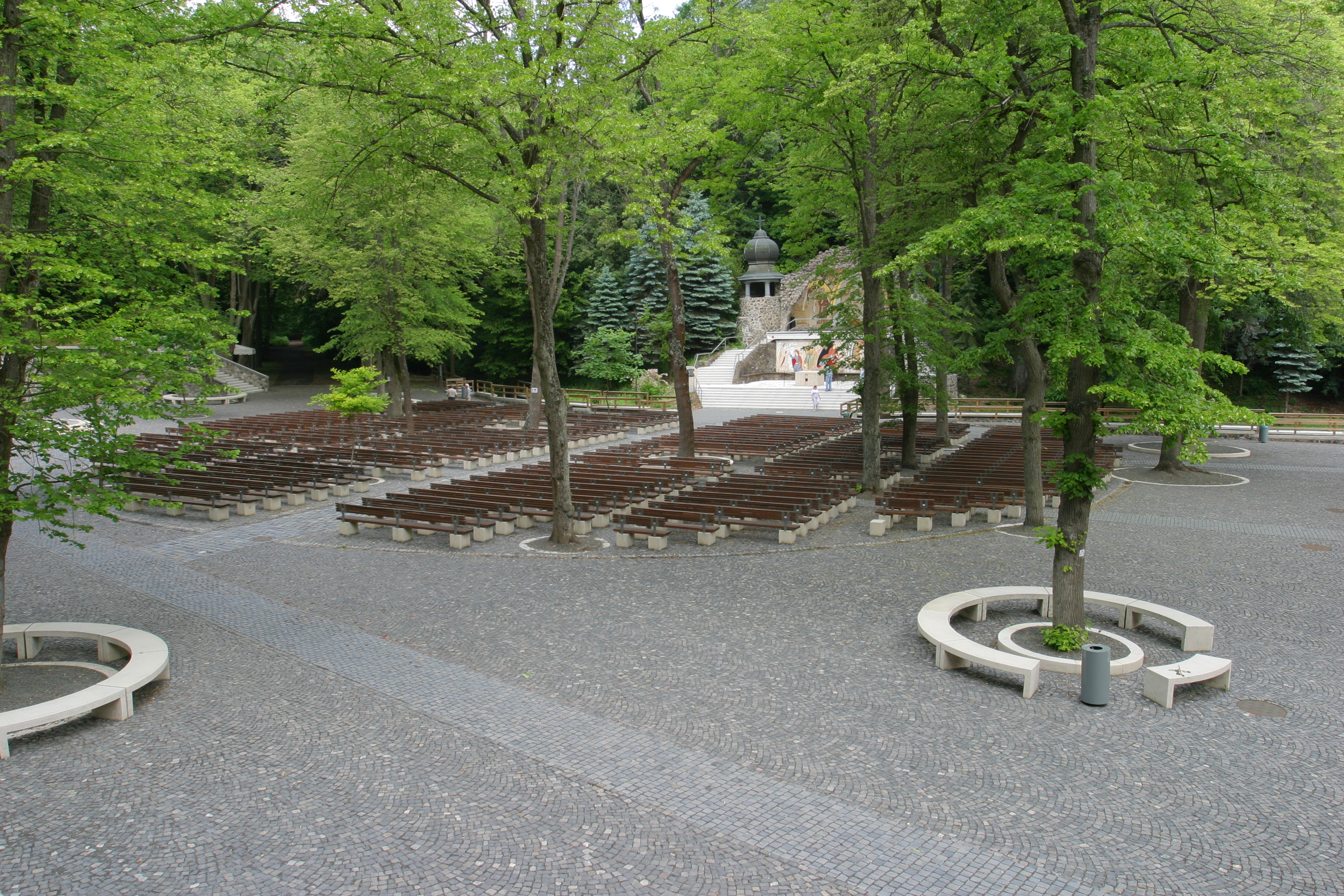 The Shrine of the Blessed Virgin Mary in Szentkút is one of Hungary’s most important pilgrim center, which is visited by hundred thousand every year. It is a shrine sincethe1300’s, but the current church and friary was only built in the 18th century. At the end of 20th century the grey friars were given back the buildings and they soon decided to execute a large-scale development: beside the refurbishment of the existing buildings this involved establishing new ones and redesigning the surrounding area. One of the key elements was the refurbishment of the procession and gathering area of the pilgrims, which is also a space for open air masses and accommodates the Holly Well.