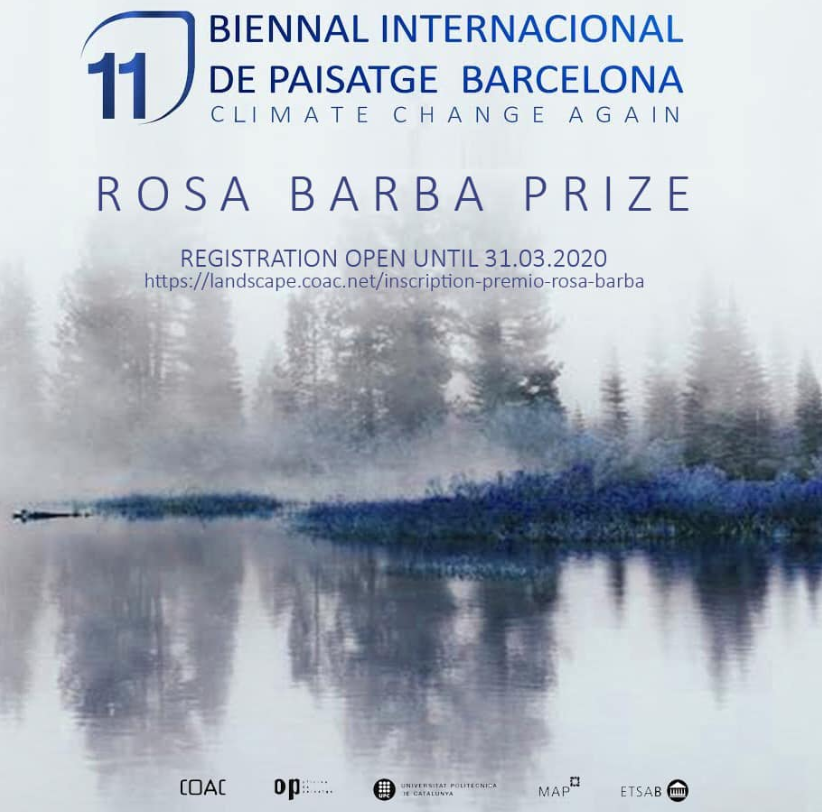 The first edition of the International Landscape Biennial arises from the desire to deepen and generate debate about the landscape. Not only from an environmental point of view but also one of the motors of landscape conservation; even through landscape architecture. Research is relevant in all the disciplinary fields that link to the study of landscape and its evolution. Each edition revolves around a central theme; a motto is chosen according to current affairs and concerns, both professional and social, related to the landscape.

The Biennial was consolidated at European level after the first seven editions: “Refent paisatges” (1999), “Jardins insurgents” (2001), “Només amb natura” (2003), “Paisatge: un producte / una producció” (2006) , “Tempesta i ímpetu” (2008), “Paisatges Líquids” (2010) i “Biennal versus Biennal” (2012). After that, there was a turning point in the ninth edition, which brought us closer to new landscape realities of the worls through the internationalization of its Rosa Barba Landscape Award. The call was consolidated with the following editions: “A Landscape for You” (2014), “Tomorrow Landscape” (2016) and “Perfomative Natures” (2018).

Barcelona will open again on the International Landscape in September 2020 with its 11th edition, entitled “Climate Change Again”, where debates and round tables will focus on climate change issues and propose how to tackle these issues that affect us.

The Prize will be convened and awarded every two years, coinciding with the International Landscape Biennial of Barcelona and is open to all landscaping projects carried out in the five calendar years preceding the call for the Prize. It is open to all projects built between the announcement of the prize of the biennial of two previous editions and the announcement of the prize of the current biennial.

The Prize, which in no case will be declared void, consists of a certificate signed by the author / s designers who have presented the work, a lithograph by Perico Pastor and a financial grant of € 15,000, for a single project. In no case can be declared ex-aequo. There will beno prizes, and the finalists will be recognized in the jury record.There may be mentions of honor without endowment in parallel with the selection of finalists for the Prize, if the jury recognizes specific values ​​to be highlighted.

The International Landscape Schools Award is being called, in collaboration with the Banco de Sabadell Foundation, and it is part of the edition of the corresponding Barcelona International Landscape Biennial. The announcement of the presentation of the five best projects of each landscape school by the students has a unique prize and a financial
grant of 1500 euros delivered during the celebration of the symposium. During the symposium, there will a be an exhibition at ETSAB. The projects selected by the International Jury will be published in the paisteca of our web.

The award will be announced within the framework of the 11th International Landscape Architecture Biennial. The registration is open until 30 April 2020!